November 25th is International Day for the Elimination of Violence Against Women Day.

It’s past ten at night.Britney just came home, closed the door to their house, and tiptoed through the living room towards the nursery to check on her baby. She is still amazed at how the day flies when it seemed only yesterday when she gave birth to her lovely angel. She is turning one in three months. She has a lot planned for the biggest birthday party of the year. The excitement grows each day and she could picture in her mind lots of balloons, and food, and presents, and her little darling dancing to the upbeat music enjoying herself.

She kissed her gently so as not to wake her, then pulled up her blanket to her chest. She paused for a few more moments as she gazed at her baby peacefully sleeping in her crib. She walked backwards, slowly, to leave her room.

As she was pulling the door closed, she turned around and saw a back of a hand flying in the air that landed on her right cheek. A pang of pain quickly ensued, but before she could move or say anything, a blow struck her at her belly leaving her gasping for air. Struggling, she fell on her knees clutching her bosom. A strong hand gripped her upper arm and forced her to stand up. Britney looked up and saw her husband, Bob, fuming mad.

“You b@#$h!” he yelled. “You come home at this hour not realizing that your baby has been crying all day!”

“Please, Bob, stop!” she pleaded while still confused and dizzy. But, he was determined. He raised his right arm and was about to strike her again when she pushed him away, managed to free herself up from his grip, and ran towards the front door. She almost made it when her husband pulled her hair back then lunches himself to her and slammed her body on the door.

Now sandwiched between her 5’9″ husband and the door, Britney couldn’t move. Her right face, still in pain from the hand-slap, is pressed against the wood. In between screams and cries, she implored for him to stop. Her petitions fell on deaf ears and she has started to fear for her life. With his right arm pressed against her neck to secure her, she could smell the reek of alcohol in his breath. Bob moved his left hand down to his pajamas, unbuttoned his fly, lifted her skirt, and pulled down her underwear. In that position, Bob unleashed several hard, merciless thrusts and did not stop until he has relieved of himself. He finally let her go, but not before he spat on her face.

Britney slowly and weakly crumpled on the floor. She cried and felt so dirty. Her mind has raced through the scenarios that have just happened. She thought of her baby, who is now awake and is crying as well. But, she couldn’t move. She couldn’t muster a strength to rescue her. She is at the lowest point in her life.

She stayed on the floor for a while and soon her cries have ceded almost at the same time as the baby’s eventual return to sleep. Stillness has enveloped the entire house. While her eyes are fixated on the floor, she could hear the ticking of the clock, and the snore of her husband who has also gone back to bed. How long she stayed there she couldn’t remember. Her mind was now blank.

She is tired. She is tired from his abuses, his uncontrollable wrath, and his extreme jealousy. She has not spoken to anyone about her experiences, though it has persisted for a couple years now. All the physical and emotional pain has left her scarred and broken.

Finally, her eyes blinked, her leg moved, and a flicker of life came back to her. Soon after she picked herself up, fixed her clothes, and calmly walked to her daughter’s room. She picked her up, cuddled her in her arms, and both mother and daughter sat on a rocking chair as she nursed her with the sustenance of her milk and the intimacy of her soul. Her baby enjoying a moment of nourishment, she coos and grunts until she finally gave up in satisfaction. There in Britney’s arms lays the most important person in the world. At that moment, she felt complete and all the pain has suddenly been forgotten.

Britney changed her baby into fresh diaper and clothes, set her back down on her crib, and sang a lullaby so sad and so melancholic the baby dozed off in no time. She walked out of her room, closed the door, and proceeded to the kitchen. Still calm and her mind inactive, she unhooked the phone from its receiver and made a quick call.

Then, she walked to the bedroom where she found Bob lying on his back in his deep sleep. How could it happen that the man she married almost four years ago is now not the same one whom she shares the bed with. He has turned into a completely different person after he lost his high paying job, consumed himself with alcohol, and was not able to get back on his own feet. Sometimes she feels sorry for him because of his inability to manage his emotions and disappointments. However, she has also grown tired of being the recipient of his frustrations.

At the end of that thought, Britney slowly raised her two hands revealing a knife. With a single, deep breath, she conjured all her strength for that final blow.

And, it was another long silence.

After almost seven minutes, flashes of blue and red lights swarmed their house. 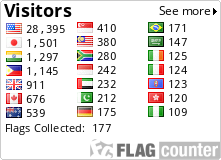